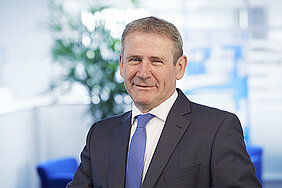 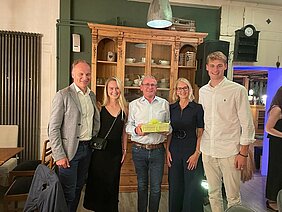 After 46 years of working together we now have to get along without our sales and process expert Helmut Diddens.

Helmut Diddens began his apprenticeship as mechanical engineer at WILHELM NIEMANN on August 1, 1976. After successfully concluding this apprenticeship and the examination for the master craftsman’s certificate in mechanical engineering he immediately took over the production management. At the same time he already carried out at that time the first successful customer dispersion trials with the KREIS-DISSOLVERs.

Visits at customers and prospective buyers as well as first sales negotiations followed.

Together with Frank Niemann, he established and expanded our international business. In the nineties they were both present on numerous foreign travels and foreign exhibitions and could meet and convince many international customers on approx. 180 exhihibitions worldwide. The sold machines abroad were also often installed and commissioned by Helmut Diddens himself.

His exceptionally good technical understanding together with the profound knowledges of the dispersion technique always were an important guide and ideator for the customers, but also for the development of our products.

In order to keep these knowledges in our company, the next generation with Christian Diddens (his son) and Michael Diddens (his nephew) were already trained by him for several years and his knowledges were passed on to them. They are supported in the sales and process engineering by Michael Kruse and Yannic Meierebert since the middle of 2022.

46 years working in our company with an exemplary attitude are not common and deserve our large respect and appreciation. Helmut Diddens is also highly respected by many customers and representations due to his special knowledge and experience.

On the WILHELM NIEMANN summer party 2022 the colleagues and the family Niemann said goodbye with the best wishes, a great quiz and some presents.

We wish him for his new phase of life much happiness, luck and health.